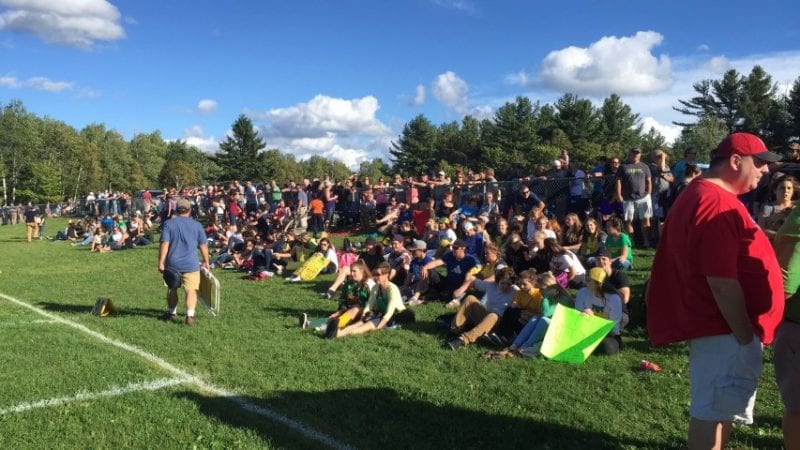 A large crowd showed up in Newcastle on Friday September 9th, 2016 to watch the Miramichi Valley Pulamoo defeat the James M Hill Tommies by a score of 40-26 in a high school football match that was 47 years in the making. This was the first football game in the City of Miramichi since 1969. MVHS and JMH are part of the NB Interscholastic Athletic Association’s 10 player football league with teams from Sussex Regional High School, St. Stephen High School, Hampton High School and others. The next game in Miramichi will see the James M Hill Tommies host Oromocto High School on Friday October 7th.