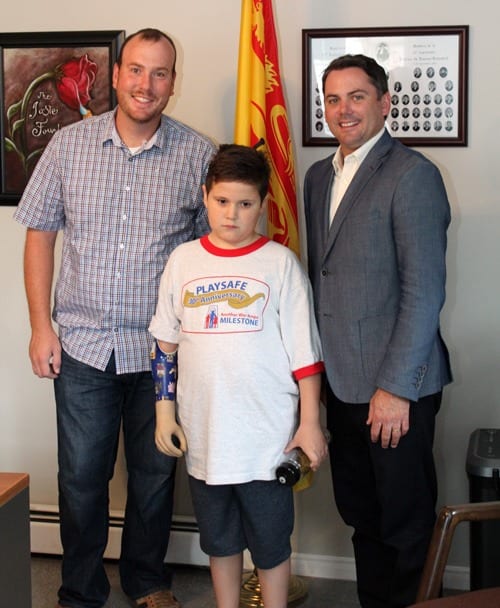 Jakob Jardine, 9, of Warwick Settlement, is a member of the CHAMP Program and has gone above and beyond to volunteer his time to spread important messages in his area. Being born a right arm amputee hasn’t stopped Jakob from living a full and active life. He enjoys many activities such as skating, swimming and karate. His determination and zest for life is an inspiration to all.

Jakob is a strong advocate of The War Amps PLAYSAFE message. He helps spread the PLAYSAFE message by giving presentations and by riding on The War Amps float in local parades, encouraging kids to “spot the danger” before they play. Jakob is well qualified to do so as he has met children who have lost limbs in accidents that could have been prevented.

Jakob is an excellent example of The War Amps philosophy, “amputees helping amputees,” and has made a positive impact in our community.