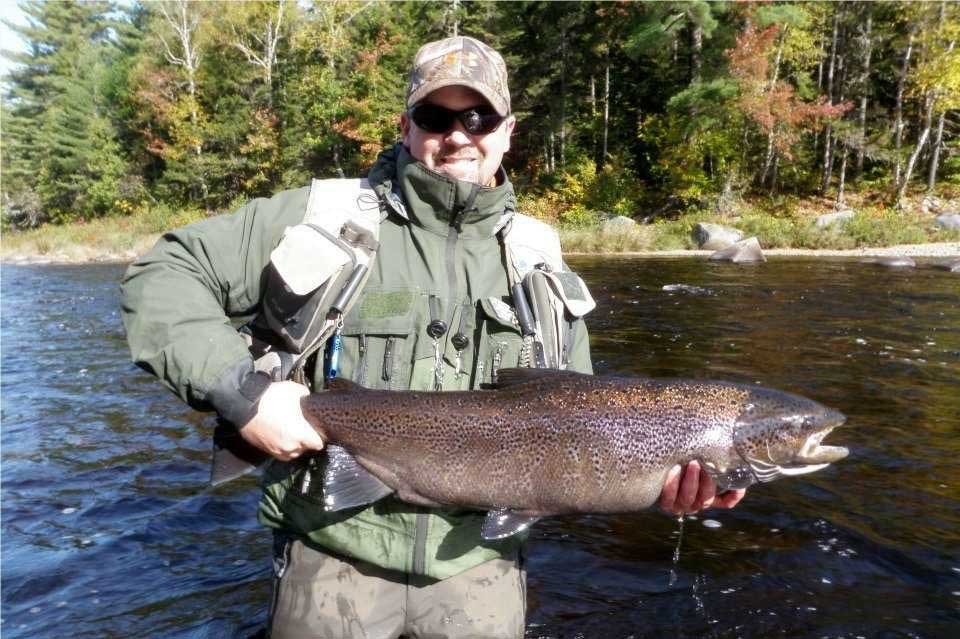 You are invited to the 6th annual “Jody Harrison Memorial Fall Salmon Classic”. It will take place at the Otter Brook Salmon Club on the Little Southwest Miramichi from September 29 to October 1, 2017. All are welcome to stay at the camp to enjoy some great fishing and great company. I would like to ask that everyone who attends make a minimum donation of $20, all this money will be pooled together and donated to the Miramichi Salmon Association in Jody’s name. Also, in honor of Jody, there will be a “Lunker” award for the fisherman that bags the largest salmon – the term “Lunker” was one that Jody used to describe the big salmon, it will be five years this October since Jody landed his last big “lunker” pictured above. The “Lunker” contest will run from September 29 to October 15. Last year this award went to Shawn Dickson. The winner will be able to display this award at their place of business or home as bragging rights for the year.
I hope everyone can make it for a portion of the trip or all of it. Let’s make this the biggest turn out yet! RSVP to cbarnett@aemltd.com