Miramichi Tales at the Vogue – Oct. 21 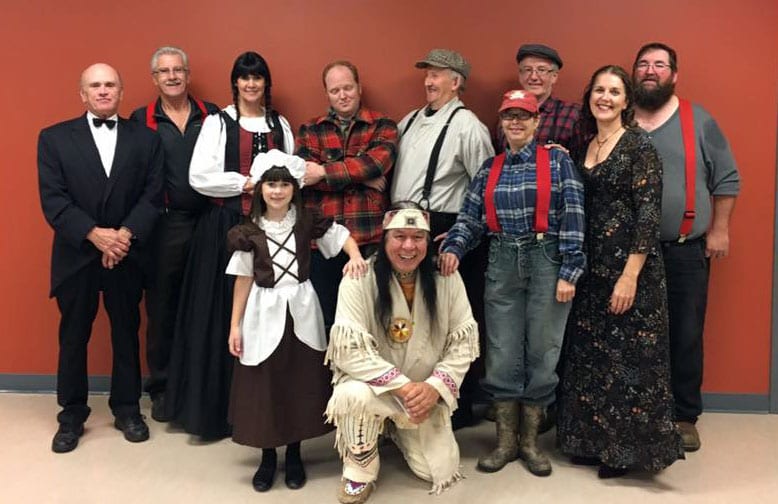 On October 21, the Miramichi’s own Heritage Players will present their newest theatrical offering, Miramichi Tales – From the Headwaters to the Baie, a play retelling a handful of some not-so-familiar stories from our river in honour of the 150th anniversary of Confederation. The show was done in collaboration with the Miramichi Museum Network, representing more than a dozen museums and historic properties in the Miramichi Region, and with the support of Heritage NB.

The Heritage Players, who celebrated the 10th anniversary of their most famous show, the Legend of the Dungarvon Whooper, in July, are excited to take the stage at the Vogue this coming Saturday. The show will mark the end of a tour of region that included performances in Renous, New Bandon and Tabusintac earlier the autumn.

An all local cast will bring to life a series of “lost episodes” from the area’s storied past, as well as relate several interesting tales you’ve likely never heard before. Foremost among the scenes are those chronicling the incomparable Charlotte Taylor of Tabusintac, the birth of the infamous cross-river rivalry during the Fighting Election of 1843, Lord Beaverbrook’s use of Miramichi folksongs in international diplomacy during the Second World War, a lyrical recounting of the Tale of the Giberson Gold, and an amusing rendition the Curious Tale of the Nelson Hollow Bridge.

What promises to be an exciting evening, equal parts entertaining and enlightening, awaits the audience on October 21; don’t miss your chance to see the stories unfold. Tickets are available at the door for $10.00, and the show begins at 7pm.