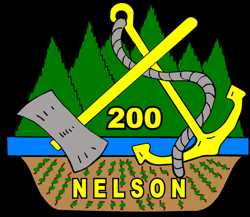 An event 200 years in the making, the Remembering Nelson Fair will take place this weekend, August 22-24. Three years ago a group of enterprising residents of the former village of Nelson-Miramichi assembled with the idea of hosting a series of community gatherings leading to a grand homecoming in 2014, the parish of Nelson’s bicentenary. After successful Nelson Fairs in 2012 and 2013, the waiting is now at an end, and the big celebration is about to get underway.

The Fair begins with Opening Ceremonies on Friday, August 23 at 6:30 pm in the Nelson Rural School gymnasium, with various political dignitaries and community leaders on hand to officiate, including Mayor Gerry Cormier. The special guest of the evening will be Premier David Alward, on hand to open the Fair and mark this special anniversary for the parish of Nelson. Following the cutting of the cake, the celebration will move across the street, to Bicentennial Park, where cake will be served and a kitchen party will take place. At 10 pm the Bicentennial fireworks display will light up the night.

The festivities will continue throughout the weekend, with such notable events as a Family Walking Parade on Saturday morning, and character tours of Beaubears Island on Sunday afternoon. Elsewhere, a lecture series on the history of Nelson, and a reunion of the 1969 graduating class of Nelson High, the final class to graduate from the school, will be held during the weekend. The Nelson Rural School will host a number of weekend-long events, including a historic Nelson photo display, quilt show, and genealogy seminars. In addition, the Miramichi Art Core and Bathurst Art Society will be painting throughout the village, and selling their work at a silent auction in the Nelson School library. Saturday night at 10 pm, a dance at the Gerald King Memorial ball park will feature the always popular Dave McNeil Band.

For the sports fans, there will be a washer toss tournament, Learn to Play Jamboree, and boys and girls ball tournaments held at the Merle Doyle Ball Field throughout the weekend. You can fuel up for these active pursuits with breakfast on Sunday morning, at the Nelson Senior Citizen’s Centre. Of course, if you’re played out after all that activity, swing into Bicentennial Park for music by local artists Saturday and Sunday afternoons. The fair will close with Camp Sheldrake’s Great Duck Race on Sunday afternoon.

Committee member Bernetta Banks says that this will be the peak of a three-year plan and should be quite a party in commemoration of Nelson’s rich past and bright future. For more information on the fair, a full schedule of events, and to add your name to the growing list of “who’s coming,” visit www.nelsonfair.com