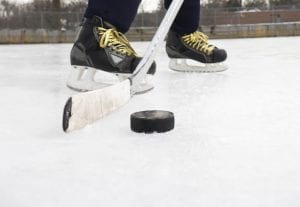 Although the game has been postponed until next month, breast cancer survivor Julie Humphreys is still scheduled to drop the puck at the Lord Beaverbrook Arena at 6:05 p.m. on the new date. In addition, a dinner for the two teams will be held prior to the game at the James M. Hill cafeteria at 4:00 p.m.

According to the Canadian Cancer Society, breast cancer is the most common form of cancer in Canadian women, excluding non-melanoma skin cancers. It is also the second leading cause of death from cancer for the same demographic.

As part of an initiative to spread breast cancer awareness, both teams will be wearing pink jerseys for the event and proceeds will go to the Canadian Cancer Society for breast cancer research.