The Miramichi Sports Wall of Fame Awards banquet for 2015 was a full house at the Rodd Miramichi River Resort on Friday February 20th, where there was an evening of recognition and celebration. 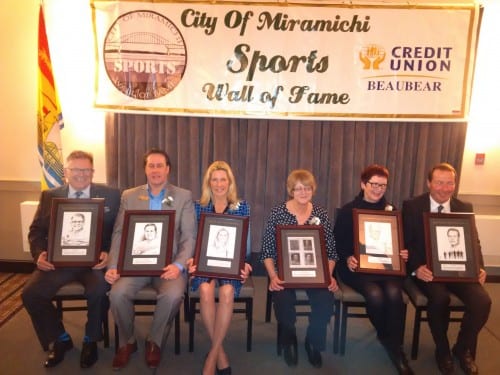 Greg Morris, the Master of Ceremonies for the evening, introduced each recipient and welcomed them into the City of Miramichi Sports Wall of Fame.

The Board of Directors expressed their appreciation to the Beaubear Credit Union and all sponsors for their continuing support as a major sponsor of the Wall of Fame. All financial assistance and support is greatly appreciated. 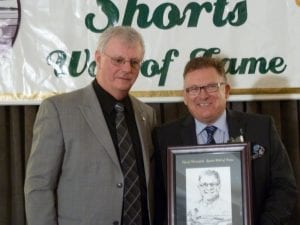 The first inductee for the evening was Gary “Barney” Bernard

Gary was recognized as a Builder.  He has dedicated his life to the teaching, development and promotion of golf. One of his pet projects is the National Golf School in Schools program designed to deliver essential physical education through the sport of golf.  He has adopted the Nelson Rural School, where he formerly taught, to participate in the program. 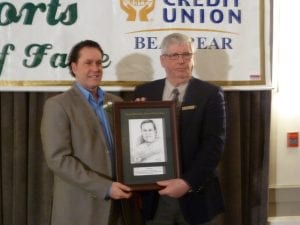 Michael Dunnett was the second person to be inducted.

Michael Dunnett led his teams to championships through High School with the Pulamoo, Junior with the Cardinals and in 1995 when he led the Chatham Ironmen to a national title and was crowned the tournament’s MVP, Top Defensive Player and All Star Awards, was one of his crowning moments.

Michael Dunnett is one of the most gifted athletes to emerge from the Miramichi in recent memory. “Stiff” possessed a natural talent for any sport he tried, but the Agility, grace and talent he displayed on the baseball field was truly outstanding.

Michael started his US college career with the community college of Rhode Island where he was an all-star in the two years that he played. He was inducted into the CCRI Athletic Hall of Fame in 2001. He played NCAA division 1 ball at UAB where he received All Great Midwest Conference honours.

In 1997, Michael led Montpelier to to a European Championship where he was named an All Star and tournament MVP. 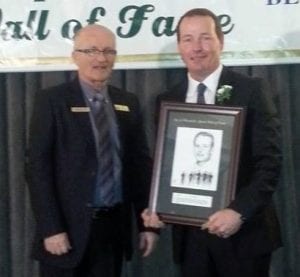 Scott Hare was the third person in the evening to join the ranks on the Wall.

Scott Hare dominated the long distance running events within the province, while also excelling in national and international events.He was the winner of the New Brunswick Road Racing Series for seven years in a row starting in 1984.

He was chosen Miramichi Athlete of the year in 1984.  Scott was ranked and started in the top 100 at the Boston Marathon on the international level.

A hip injury sidelined Scott when he was in his mid-twenties, but later his passion for the sport along with his wife’s interest led him to triathlons.To date he is a 5-time Ironman finisher and the first New Brunswicker to qualify and finish the World lronman Triathlon in Kono, Hawaii.  He is still active in Ironmen events throughout the world.

Jack Estey was next inductee as a builder 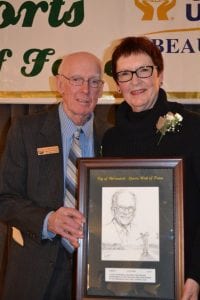 Jack Estey was a man with a vision, tenacity and leadership skills.  He employed these skills to force the need to transform the Miramichi Golf Club from a 9 hole course to the 18 hole country club it is today.

Joining the club in the fifties, he held numerous key positions’ including being the first president.  He was bestowed the honour of a “Lifetime Member” for his numerous contributions.

He was instrumental in upgrading the front of the property, developing the back nine and adding some new holes making the MGCC a valued part of the Miramichi Infrastructure it is today.

Alice Kamermans Mann was inducted as an athletee. 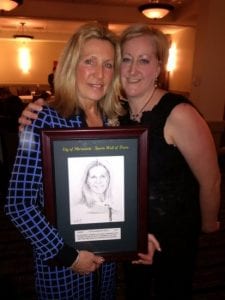 Alice Kammermans Mann is one of the top athletes to ever come out of the Miramichi. She is the epitome of raw talent, hard work, determination, competitiveness, and class. She is truly a Miramichi ambassador.

“Mimi” excelled at every sport played.  Whether it be softball, track, basketball, or badminton, she was a force to be reckoned with for her competitiveness to the game.

Despite the number of local and provincial awards she received from these other sports, it was volleyball where she excelled.

She starred for the MVHS team that won NBIAA “AAA” championship in 1977. In 1979, she was the starting power hitter for the NB Canada Games team. At UNB, her team won the AUAA Champions in 1982 and 1983. She was the starting All-Conference All Star from 1977-83, Alice was named MVP of both the Atlantic Conference and the AUAA Championship tournament.

Following her playing career, Alice continues to give back to the sporting community. For the past 25 years she has been coaching volleyball and basketball at the junior high, high school and university levels.

From Chatham, The Veno Brothers, Arthur, Anthony, Stan and Wilfred was inducted as Pioneers. 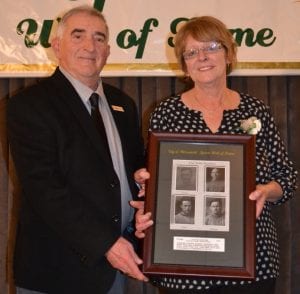 Residents of Chatham, New Brunswick Anthony Veno (b 1889), Stanley Veno (b.1891), Wilfred Veno (b 1894) and Arthur Veno (b 1896) were a constant presence with Chatham teams engaged in the sports of hockey, baseball, basketball or rugby for 25 consecutive years after 1910.

Anthony, nicknamed “Ant”, played a number of sports on the Miramichi. He excelled in baseball (short stop) and was considered to be the most accomplished all-round athlete of the brothers. He played into his forties. Anthony, Stanley and Wilfred’s last year as team mates was 1919-1920.

The latter two joined the Moncton Neptunes for a season before moving on the USA for an eight-year career in the USA Amateur Hockey Association (USAHA). Later the other brothers joined them in the USA. The teams they played for in USA were forerunners to the American Hockey League (AHL).

1973 Loggieville Schooners Team were the last on the agenda to be inducted into onto the wall.

The 1973 Loggieville Schooners softball team proved themselves to be one of the top teams to come out of the fabled Loggieville softball system.

That year they won the MVSL pennant with a 12 – 2 record, before sweeping two play-off series for the league championship.

At the NB Senior A level tournnament in Fredericton, they defeated Moncton in the opener before losing a squeaker to Hoyt 1- 0.

On the Senior B trail, the Schooners won the Northern Zone defeating Campbellton and then eliminated the Moncton Zone winner, Dupuis Corner.

The Schooners went on to capture the NB Senior B title defeating the Fredericton Alpines in a sudden death game. and went on to win the Maritime championship with 2 straight victories over Brooklyn, NS,

The Team was inducted into the Softball NB Hall of Fame in 2013. 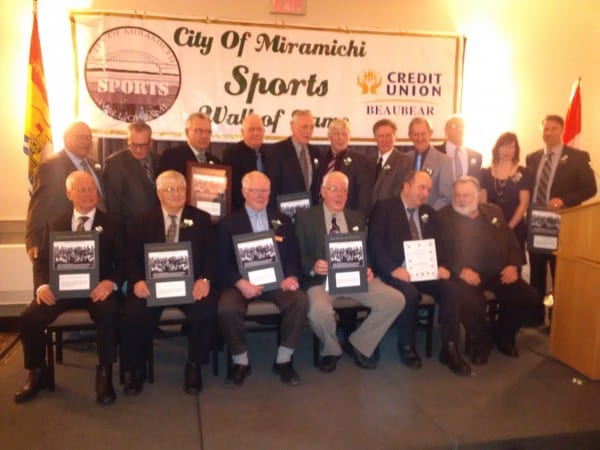 The Board of directors expressed a Big Thank you to all who attended and made this event a success. 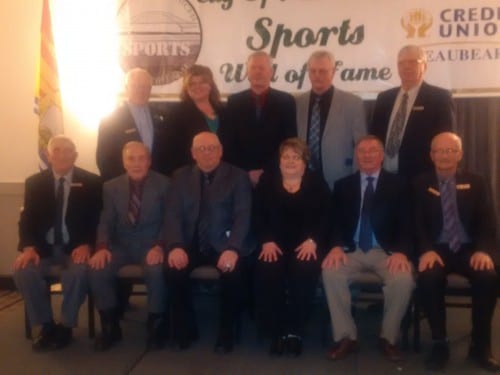