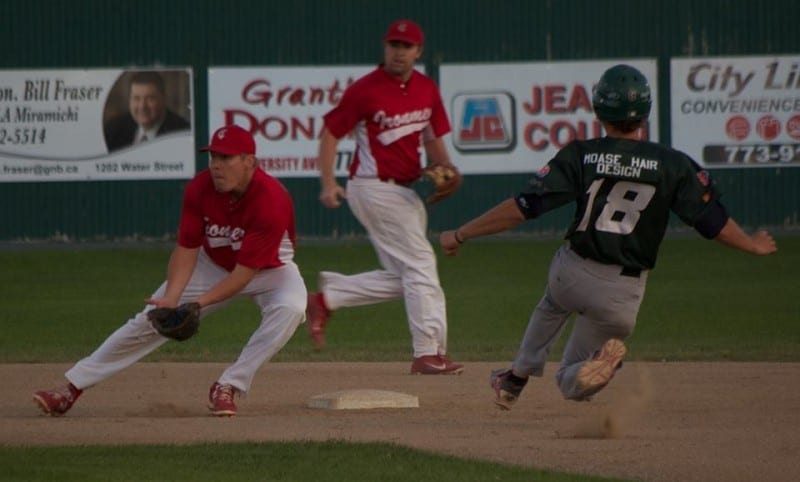 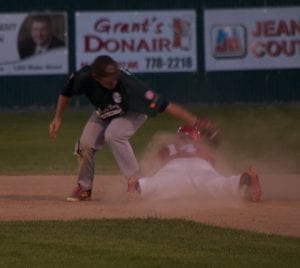 The Chatham Miecon Ironmen defeated the Charlottetown Islanders 8-1 in game three of their semi-final series. The Islanders lead the series 2 games to 1 after winning the opener at Ironmen Field 6-2 and at home in extra innings 3-2.

Last night JF Neveu came on in relief and tossed 4 shut-out innings giving up 1 hit with 6 K’s to get the win. Jeff McCarthy had a bases clearing double for 3 RBI while Nick Hardy had 2 hits and an RBI.

Game 4 is on the island Saturday with Game 5 back at Ironmen Field at 2 pm Sunday September 6th.

Photos by Brian Richard — Above: Dylan McKenna(#18) is safe at second as Kris McKay gets set to apply the tag. Robert Gallant covers up on the play.  Right: Nick Hardy slides safe under the tag on Thursday night as the Ironmen win 8-1.